If Web3 had to be defined by a single word it would be ownership. As an extension of Web1 (read-only, 1990-2004) and Web2 (read/write, 2004-present), Web3 has taken the definition of a read/write/own internet. As part of this revolution, Web2 tech giants are facing steep competition from companies offering similar services but providing ownership and control to its users. The incumbent Web2 goliaths have a huge advantage in size and resources but they are now being challenged by hundreds of scrappy, fast-moving Web3 teams that believe in a future internet based on ownership.

On social media platforms like Twitter, you can gain followers by posting content that people like, but if you are contributing to the network by attracting new users, you are only indirectly rewarded, while the platform and its shareholders take the equity value that this creates. Users should participate in the value they create via network ownership or other incentives.

Jeff Bezos has a famous saying, “Your margin is my opportunity.” This principle has held true, as high take rate industries like social media, gaming, and music have all been taken on by Web3 companies looking to gain market share from their more traditional competitors.

Why we’re investing in Stacked

Stacked founder Alex Lin saw the potential for a similar ownership and take rate disruption in an adjacent industry with less competition and huge market potential: live-streaming. Live-streaming hasn’t seen the same influx of Web3 competitors like gaming, music, and other industries, yet it still presents a multi-billion dollar market opportunity. This, combined with the fact incumbent live-streaming winners take nearly 50% of ad/subscription revenue, presents a huge opportunity for Stacked to disrupt the industry.

Stacked is taking on the challenge by building a live-streaming platform owned and operated by the community. Stacked gives power back to those who provide value to the platform by rewarding them with ownership and decision-making power, resulting in a more transparent and fair system that creates a symbiotic relationship between the platform and its creators.

Stacked is building their platform for a wide consumer audience by making the crypto and blockchain elements invisible to the average user, and including popular features like chat and watch parties found in top streaming platforms. They also recently launched an NFT collection, Valhalla, focused on tapping into the gaming and streetwear communities and providing utility within the Stacked ecosystem. 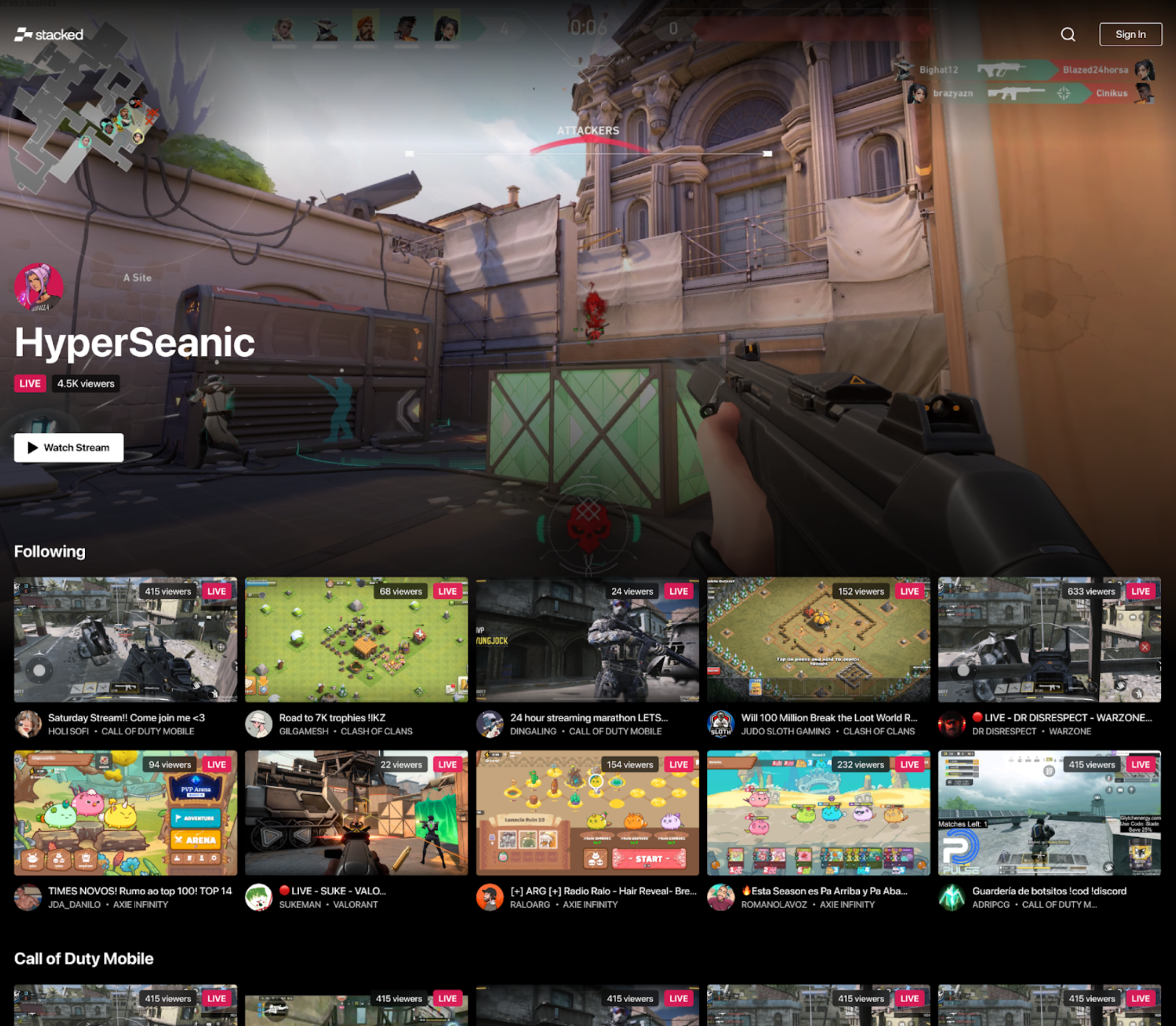 We are proud to lead Stacked’s Series A with participation from Gree Ventures, Line Ventures and others to support Stacked in building the live-streaming platform of the future.